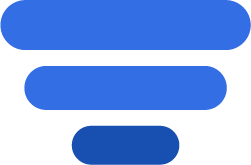 How to Achieve Success by Combating the Case of the Mondays

If you learned that the secret to being successful started with how you handled Monday mornings, would you dislike them any less?

Sure, we all get a case of the Mondays after a nice weekend; just the thought of starting yet another hectic workweek sends most of us into a spiral of being unmotivated.

But the truth is, even the most successful people experience these dragging feelings.

The major difference is that they’ve learned how to push through these annoyances in order to make daily progress and reach their goals.

Today we’re going to show you exactly how to revamp your Monday mornings so they become super productive and something you actually start to look forward to (promise!).

Monday Mornings Can Be Your Ticket to Success

When DollarsDirect studied the morning routines of business elites, they found a few key distinguishing habits that separate them from the rest of us.

For one, they’re not hitting the snooze button half a dozen times before they get out of bed each morning.

Successful business people know just how important sleep is to their achievement. Instead of staying up late to watch TV, they’re hitting the sheets at a reasonable hour. This explains why most of them report waking up around 5am as their norm.

These sleep-charged elites also tend to walk their dogs bright and early. This gives them a chance to slowly wake up both their bodies and their minds. It’s a time when they can reflect on what’s in store for their day and conceptualize a loose game plan.

Successful people are also more likely to give their bodies a healthy breakfast (read: no sugary PopTarts or fast food).

They also opt to work out in the morning post-breakfast since their schedules are so jam-packed. This prevents them from coming up with excuses later on when their day drains them physically and mentally.

Once their workouts are complete, you’ll find these elites catching up on the latest news. They want to be in the loop before they even step foot in the office.
Speaking of which, there are two more areas that a successful person will tackle before clocking in for the day.

First, they’re more likely to clean up their emails at home.

Managing their overflowing inbox helps them walk into only the most urgent emails at work. This makes it super easy for them to start their day since they know precisely what to take care of first.

Second, top-tier business people always make sure their house is tidied up before they jet off to work. This guarantees that they’ll come home to a clean home after a long, stressful day instead of a sink full of dishes or a stack of laundry to put away.

Successful people know that planning ahead and avoiding procrastination means they’re able to enjoy their time away from the office. This time off gives them a chance to recharge and repeat the whole process again the next day.

These simple changes set them up for a productive week of accomplishment and success. Successful people also know the difference between Leading their employees as opposed to Managing them.

It’s easy to adopt a successful lifestyle if you just change a few tasks in your morning routine. Start small by tackling one or two items on this list and then move on once you’ve established the habit.

You’ll no longer dread Monday mornings and you’ll start to see a (more) successful version of yourself emerging in no time.

PrevPreviousHow to Grow Your Business with Content Marketing
NextHow Important are Buyer Personas for Your Business?Next